Analysis: Call vaccine hesitancy this instead 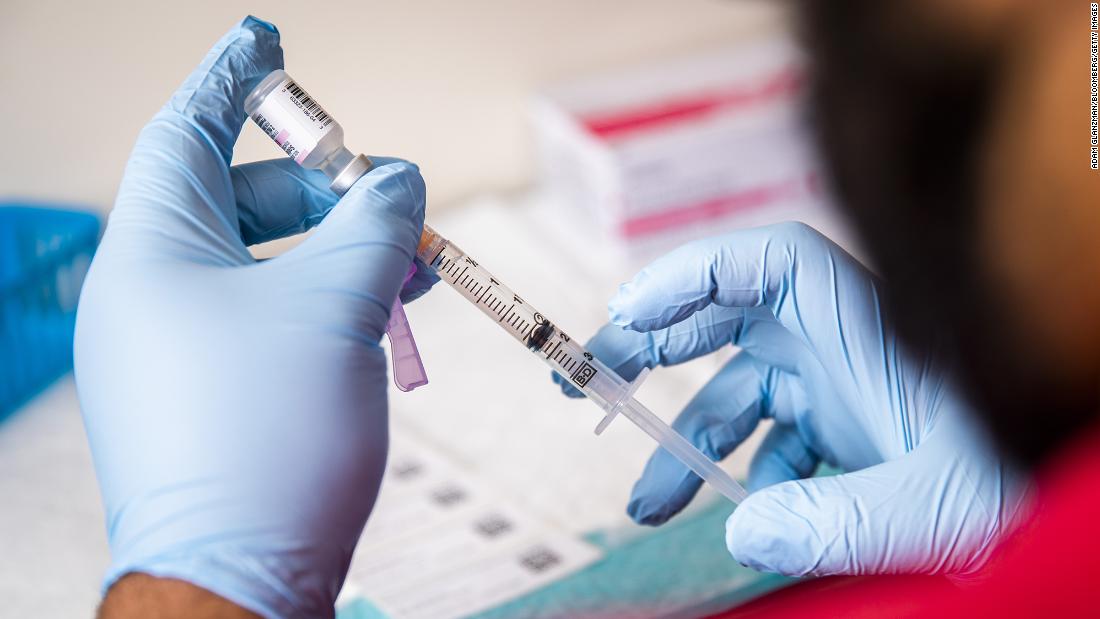 A version of this article first appeared in the “Reliable Sources” newsletter. You can sign up for free right here.

Vaccinated Americans are getting fed up. More than six months have passed since the Covid-19 vaccines started to roll out across the country, yet a minority of unvaxxed adults are making life riskier for everyone and extending the length of the pandemic.

That reality, amid a rise in cases and case positivity rates and hospitalizations in some states, dominated national newscasts over the weekend. The “state of our union is sad and confused, as the US suffers through yet another Covid surge, one that did not have to happen,” Jake Tapper said at the beginning of Sunday’s “State of the Union.”

The United States will be vulnerable to every variant of Covid-19 “until it can immunize millions of people who now refuse to get the vaccine, are still persuadable but hesitant, or have not yet gained access,” Mandavilli wrote Sunday. “The unvaccinated will set the country on fire over and over again.”

But Adams is out of the government. Dr. Anthony Fauci is still in, and he didn’t go that far in an interview with Tapper on “SOTU.” Fauci said the pandemic “is in retreat among the vaccinated,” while unvaccinated folks are “very vulnerable,” and he alluded to the “two Americas” concept we’ve been hearing a lot about.

On “Reliable Sources,” I said we almost need two different newscasts for these two different Americas. Or two different versions of the weather report. The forecast is pretty sunny for fully vaccinated Americans but pretty bleak in some areas for the unvaccinated…

ICYMI, this was my intro to Sunday’s “Reliable:”

Life is one big long set of risk calculations. Get in the car, or not? Ride on the plane, or not? The pandemic is really all about risk management. Some people decide to tolerate more risk and some decide to tolerate less. But news outlets and public health authorities need to provide accurate info and help everyone assess the risks. That’s especially true now, when the difference in risk between vaccinated and unvaxxed is so stark. The risk from Covid isn’t going to be 100% eliminated anytime soon, so the goal is to minimize risk. That’s how the story should be told…

Different news stories about vaccine resisters have focused on different parts of the problem. Julie Bosman of The New York Times spoke with “the reluctant, the anxious, the procrastinating.” The “anxious” weren’t repeating Tucker Carlson talking points or living deep in Facebook rabbit holes. Bosman said her main takeaway from reporting the piece was that “people are complicated, with real fear over this vaccine, and they don’t always make quick, linear decisions. Many millions are still out there who are able to be persuaded.”

But then there’s this FT story, written by Nikou Asgari in Little Rock, Arkansas, who quoted a woman saying that the pro-Trump, anti-vaccine narrative is “a form of brainwash almost.” And there’s this Politico story, by Erin Banco, describing partisan opposition to Covid vaccines in Alabama and Louisiana, stating that “almost every public health official, local vaccine volunteer and physician… pointed to social media and the media as the main reason people in their neighborhoods are still holding out on the vaccine.” Some of them specifically identified Fox as the key outlet.

It’s all true: Some folks are persuadable and others are not. Andy Slavitt shared this note of caution on “Reliable Sources:” Yes, he said, “we are all anxious for the unvaccinated to get vaccinated, but… lumping them into a category of people that are ‘defiant’ or ‘stupid’ or some other thing is probably not helpful. It only seeks to alienate people further. I think we probably ought to try to understand that group of people better if we really want to bring them into the dialogue and participation process.”

In other words, save the vaccine shaming for the bad actors who are spreading misinformation.

As Oliver Darcy and I discussed on “Reliable,” Fox has not transformed itself. Despite some PR maneuvers and some subtle, short-lived changes by specific hosts, many of the most trusted figures in right-wing media are still sowing doubt about vaccines…

– On a related note, here is Harry Enten’s latest: Fox News viewers “are about 20 points less likely to have received a Covid vaccine dose than viewers of ABC/CBS/NBC or CNN/MSNBC…”

– “Don’t punish the vaccinated,” Michael Smerconish says: Private employers are mandating shots, so “why isn’t President Biden mandating all federal employees get vaccinated?” He said that “allowing the unvaccinated to control virus policy” is “unjust and unhealthy. It’s time for government to lead…” (Twitter)

– “Biden and his aides have so far been careful to avoid pinning outright responsibility for the situation on those Americans who have declined to be vaccinated,” Kevin Liptak notes… (CNN)

– Sarah Huckabee Sanders, who is running for Arkansas governor, penned an op-ed about getting vaccinated. There are some comms lessons embedded in it. She concludes: “Filter out the noise and fear-mongering and condescension, and make the best, most informed decision you can…” (Arkansas Democrat-Gazette)

GOP pollster Frank Luntz, who “has been working with the Biden admin and public health experts to craft effective messaging to bring the vaccine hesitant off the fence,” held another focus group with vaccine holdouts last Wednesday, The AP reported.

Luntz said afterward that “the hesitation has transformed into opposition. And once you are opposed, it is very hard to change that position. And that’s what’s happening right now.” He noticed that misinformation is creating a kind of fog within his focus groups. The participants, he said, “can’t tell the difference between what is accurate and what is fake. So it makes it virtually impossible to communicate when they don’t know what to believe.”