Analysis: Billie Eilish is ‘Happier Than Ever’

Blame it on Jennifer Lopez and Ben Affleck.

Their summer romance has clearly put something in the air, and the hot vax summer now feels like “hot get back with your ex” summer. Or, at the very least, grab you someone you don’t mind being Instagram official with.

Which leads me right into some of this week’s content.

’Love Is Blind: After the Altar’ 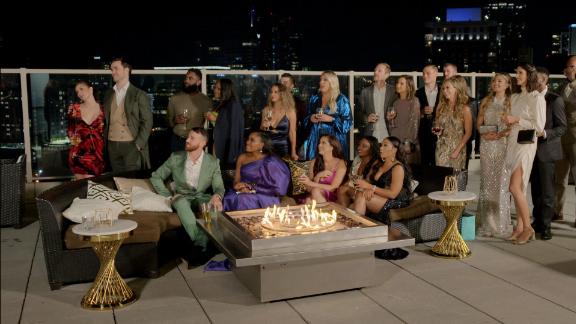 The gang is back for a “Love Is Blind” reunion.

Netflix is serving up some more delicious hot mess with the return of the “Love Is Blind” cast.

They have reunited to share what happened after the weddings and nonweddings for a group who got to know each other sight unseen.

And for every bit of love and romance some members of the Pod Squad have enjoyed, trust and believe that there is plenty of drama, tears and recriminations.

Netflix never lets us down. “Love Is Blind: After the Altar” is currently streaming.

’The Wedding of the Century’ 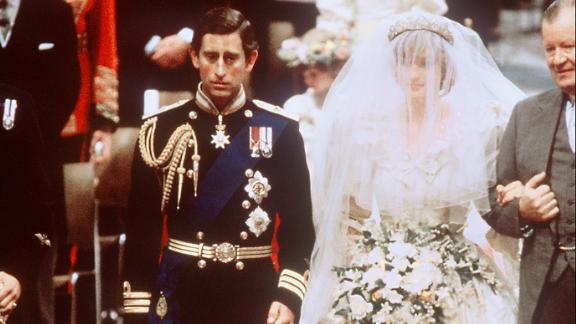 STR/AFP/AFP via Getty Images
(From left) Prince Charles of Wales and the late Diana, Princess of Wales, are shown at their wedding at St. Paul’s Cathedral in London.

Prince Charles and then Lady Diana Spencer married on July 29, 1981.

To mark what would have been their 40th wedding anniversary had they remained together and she lived, a special documentary is being released on that day.

“The Wedding of the Century” will take viewers inside the day with “never-before-heard anecdotes” from those behind the scenes including the chief royal florist, musical director, the Royal Navy head baker and a photographer.

The couple divorced in 1996, and Princess Diana died from injuries sustained in a car crash in Paris the following year.

The documentary is streaming on BritBox.

’The Pursuit of Love’ 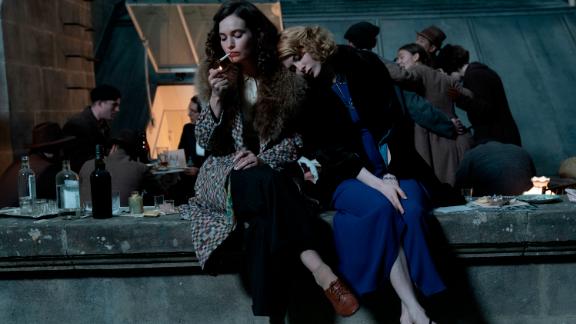 BBC/Courtesy of Amazon Studios
(From left) Lily James and Emily Beecham star in “The Pursuit of Love.”

Get into this adaptation of Nancy Mitford’s 1945 novel about Linda Radlett, an aristocrat in search of true love, and her cousin Fanny Logan.

The limited series may just help you scratch that itch for a playful, sometimes naughty period drama.

Lily James stars as Linda and Emily Beecham as Fanny.

Two things to listen to 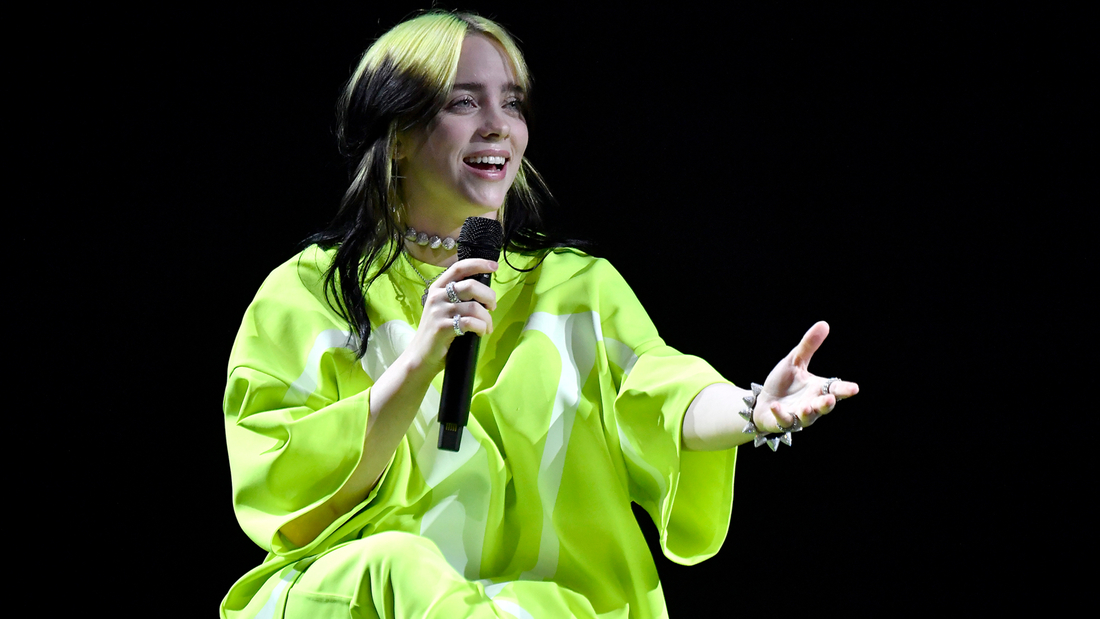 The 19-year-old Grammy winner is dropping a new album titled “Happier Than Ever.”

“That wasn’t just timeless in terms of what other people thought, but really just timeless for myself. I gathered a lot of inspiration from a lot of older artists that I grew up loving,” she said. “Mostly Julie London, and a lot of Frank Sinatra, Peggy Lee — and then, the songs on the album are all over the place. Very versatile, and different to one another, but also very cohesive. Which is a big goal for me.”

Eilish is definitely an old soul and ahead of her years when it comes to her talent.

“Happier Than Ever” comes out Friday. 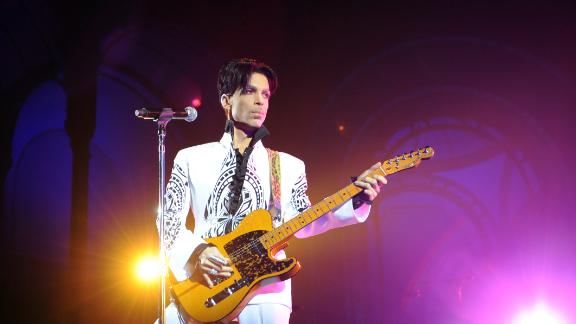 BERTRAND GUAY/AFP/AFP via Getty Images
Prince performs on October 11, 2009, at the Grand Palais in Paris.

I will forever miss Prince.

The previously unreleased music is described as “a powerful creative statement that documents Prince’s concerns, hopes, and visions for a shifting society, presciently foreshadowing an era of political division, disinformation, and a renewed fight for racial justice.”

One of the singles, “Hot Summer,” is apropos for the times.

One thing to talk about 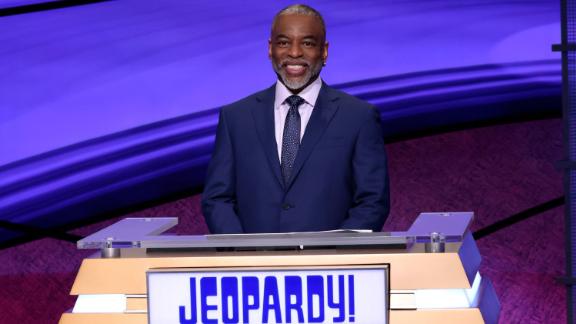 LeVar Burton is everything.

I’ve known this for a very long time, and it was confirmed two years ago when he appeared as a guest on the podcast “Lisa, Sandra and Kristen Go to the Movies,” which was cohosted by yours truly, Sandra Gonzalez and Kristen Meinzer.

So, I was beyond thrilled to see Burton guest-hosting “Jeopardy!” this week.

The argument can be made that it may never be possible to truly replace the late Alex Trebek. With his love of knowledge and engaging personality, however, Burton is certainly a good fit.

There is a reason why more than 260,000 people signed a petition to land him the hosting gig.

Something to sip on 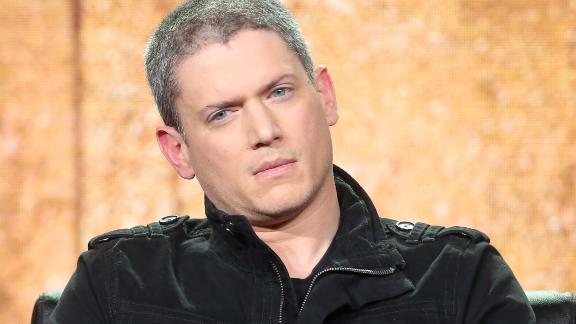 Wentworth Miller has gone public with his autism diagnosis.

The 49-year-old “Prison Break” star is not often in the headlines, as he’s fairly private.

My CNN colleague Marianne Garvey reported this week that the actor announced on his verified Instagram account, “This fall marks 1 year since I received my informal autism diagnosis. Preceded by a self-diagnosis. Followed by a formal diagnosis.”

Celebs can help both demystify and take the sometimes perceived shame from a diagnosis such as this, given the breadth of their platforms.

“This isn’t something I’d change … immediately being autistic is central to who I am. To everything I’ve achieved/articulated,” he posted.

Miller is more than entitled to every single bit of his privacy, but I’m glad to see he both understands the value of his transparency and celebrates himself.