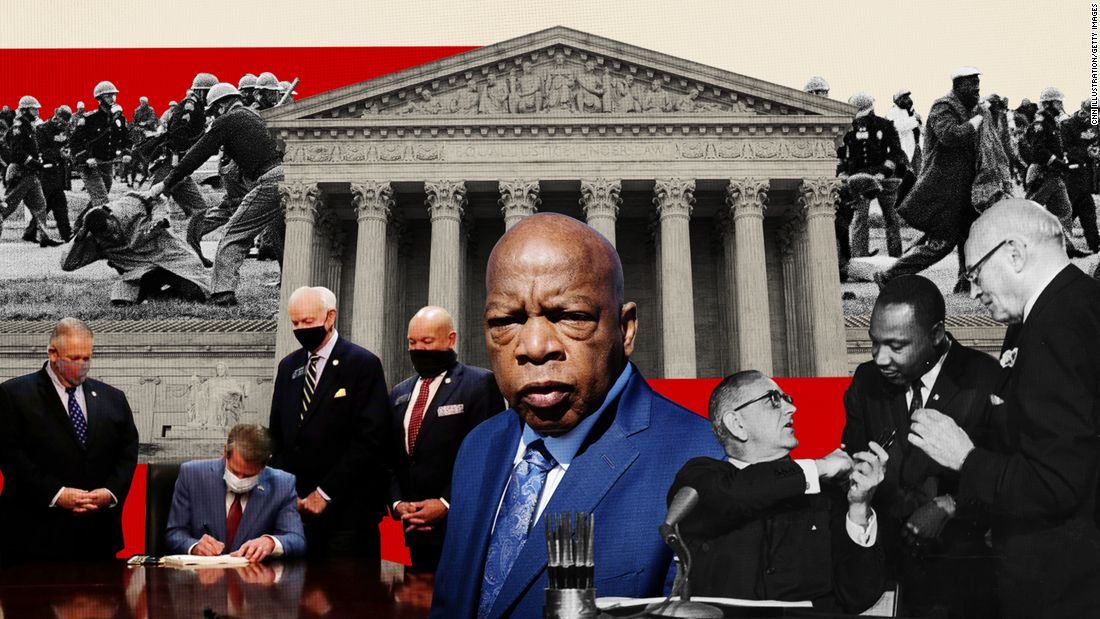 SB 90 imposes stricter voter identification requirements for voting by mail, limits who can pick up and return a voter’s ballot, and prohibits private funding for elections, among other things.

“Me signing this bill says, ‘Florida, your vote counts. Your vote is going to be cast with integrity and transparency, and this is a great place for democracy,’” DeSantis said after signing the bill, repeating that deceptive Republican watchword: integrity.

Mere minutes after DeSantis signed the bill, a coalition that includes the League of Women Voters of Florida and the Black Voters Matter Fund filed a lawsuit to challenge several of the new law’s provisions.

“That bill that was passed in the state just north of us sent us a message, and the response to that bill should let us know we should not be doing this,” he said during House debate earlier this year.

Grieco also made an appeal, “Please do not Georgia my Florida.”