Editor’s Note: Dean Obeidallah, a former attorney, is the host of SiriusXM radio’s daily program “The Dean Obeidallah Show” and a columnist for The Daily Beast. Follow him @DeanObeidallah. The opinions expressed in this commentary are his own. View more opinion articles on CNN.

GOP House Minority Leader Kevin McCarthy appears pathetically desperate to become speaker of the House. That can be the only explanation for McCarthy’s flip-flops on Donald Trump and now McCarthy’s appalling “joke” about hitting Nancy Pelosi. 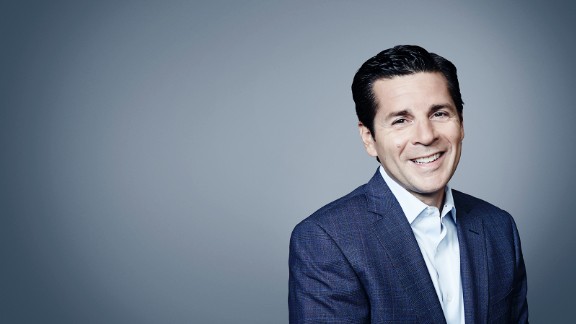 A week after the January 6 attack on the US Capitol, McCarthy – who reportedly had a telephonic shouting match with Trump during the insurrection – declared that the former president “bears responsibility” for the riot. Just a few weeks ago McCarthy went on a pilgrimage to visit Trump at his New Jersey golf course, where he stated, “I appreciate President Trump’s commitment to help House Republicans defeat Democrats and Take Back the House in 2022.”

Hopefully only a small percentage of voters will chalk up McCarthy’s contradictions as being politics as normal. But there’s nothing normal about palling around with the man who incited the January 6 act of “domestic terrorism”– as the FBI has classified that attack. Nor should there be anything “normal” about McCarthy’s dangerous “joke” on Saturday night about hitting the woman who has the job he wants.

While giving a speech before an estimated 1,400 Republicans in Tennessee at a fundraising dinner, McCarthy expressed optimism that the GOP would recapture the House in the 2022 midterm elections and he would then become its new speaker. At the end of the speech, McCarthy was handed an oversized gavel symbolizing the one he would wield if he got the job.

McCarthy then told the crowd that if the Republicans win the House he wants everyone to come down because “I want you to watch Nancy Pelosi hand me that gavel.” After the crowd’s cheers died down, he declared, “It will be hard not to hit her with it,” a line which elicited big laughs from the GOP audience. McCarthy then added, “But I will bang it down.”

Nothing like joking about wanting to hit a woman to get some GOP donors laughing. After all, this is the same GOP that mostly still loves Trump – a man who himself has been accused of abuse of women (he calls his accusers “liars”) and who has defended other men accused of abusive behavior.

It’s no surprise that some House Democrats slammed the “joke.” Rep. Ted Lieu (D-California) tweeted to McCarthy, “Don’t you think America has had enough political violence? You should never be encouraging or threatening or joking about causing violence to anyone, including the Speaker of the House.” The California Democrat added, “You need to apologize for your statement, or resign.”

Rep Eric Swalwell (D-California) was even more pointed, tweeting, “America has suffered enough violence around politics. @GOPLeader McCarthy is now a would-be assailant of @SpeakerPelosi. He needs to resign.” (At the time of writing, a spokesperson for McCarthy had not responded to CNN’s request for comment.)

Reps. Lieu and Swalwell are spot on to raise the threat of more political violence given the January 6 attack and a recent FBI warning of increased risk of domestic terrorism from right wing and white nationalist groups. Political leaders like McCarthy must be far more responsible with their rhetoric given this increased threat.

Political violence aside, McCarthy’s words of “it will be hard not to hit her with it” are horribly wrong given the long epidemic of violence against women in the US. As the National Coalition Against Domestic Violence (NCADV) has detailed, one in three women experience violence from a partner. Worse, one in four women have suffered “severe physical violence (e.g. beating, burning, strangling) by an intimate partner in their lifetime.” And as NCADV reports, each day “there are more than 20,000 phone calls placed to domestic violence hotlines nationwide.”

Worse, violence against women alarmingly spiked over 8% during the Covid-related closures. Experts note that this number is likely low because some did not want to report domestic violence during the worst of the Covid outbreak.

None of that seems to matter to McCarthy’s focus on becoming Speaker at all costs. There are many reasons why McCarthy should never have that role, which would put him third in line in succession to be president of the United States. His vile “joke” about hitting a woman to get laughs from Republican donors may be yet another compelling reason to prevent the GOP from winning the House in 2022.