TCL isn’t yet a mainstay in the phone market — they debuted with two solid options last year, and are back with the TCL 20 Pro 5G. And we’ve spent several weeks with the flagship mid-range handset.

This $499 smartphone has a sleek design (miraculously with no camera bump), 5G network connectivity, a solid processor and a nearly great display. Here’s what we think.

A mid-range smartphone with a great display 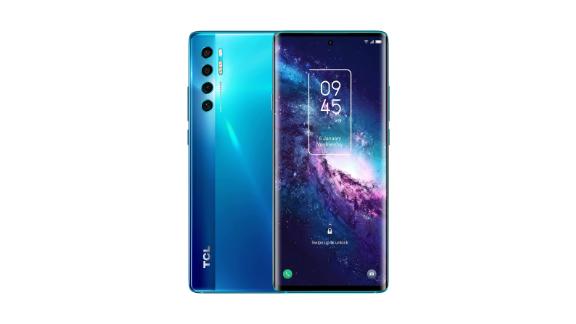 The TCL 20 Pro 5G is a solid all-around smartphone with some nice features. If you value a strong display it’s is a strong contender, but it’s not necessarily class-leading or the best option for everyone.

The who, what and how

Who this is for: The TCL 20 Pro 5G is a good option for someone who values design and the display above all other features and doesn’t want to pay more than $500 for a smartphone.

What you need to know: While the 6.7-inch AMOLED display is a star here (alongside the design), the 20 Pro 5G doesn’t lead the charge in other core features. Its processor is strong enough for most tasks but isn’t the most efficient with battery life. And the four cameras on the back will leave you wanting more if you’re looking for an excellent shooter.

How this compares: Ultimately, the TCL 20 Pro 5G is another option to consider when looking for a mid-range handset in 2021. It has a terrific 6.7-inch display, a sleek design and a slew of features — some of which you’ll use and some of which won’t be touched. The cameras are behind that of the iPhone SE, Pixel 4a, 4a 5G and much of the Galaxy A Series. However, the front-facing lens is particularly strong here. Battery life can be a struggle under intense tasks or longer days as well. For $499, it’s not a perfect phone, but if you value the display above else, it deserves a look.

A vibrant but not super smooth screen 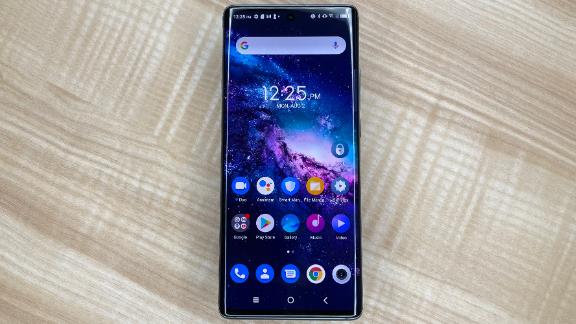 While the TCL 20 Pro 5G resides in the upper mid-range phone space, it doesn’t feel like a budget device. It’s a $499 phone that’s sleek and will get some looks. Your eyes will lock onto the 6.7-inch AMOLED display. It’s the star of the experience here, and we think it’s nearly perfect.

The display takes up nearly the entire front of the phone, with the left and right sides sloping down. It’s the same screen tech we’ve seen on the Motorola Edge and Edge+, along with previous Galaxy phones. This can sometimes be a design gimmick that gets in the way, but TCL at least builds in some functionality for the edge that we’ll touch on later.

The big win here, though, is that the display covers the front of the phone and looks stunning in use. Colors pop and, for the most part, are accurate, and since this is an AMOLED panel, we were able to see strong contrast points that ultimately create an immersive viewing experience for videos or photos. It’s a delightful viewing experience, but it’s more comparable to the iPhone 12 family than the myriad of Android phones with high refresh rates.

This 6.7-inch display on the TCL 20 Pro 5G features a 60Hz refresh rate –the higher the rate, the more natural and smooth the screen will appear. As we switch back and forth between devices with 90Hz or 120Hz displays, going back to 60Hz can be jarring at times. We would have really liked to see TCL kick it up a notch to at least 90Hz, especially when you remember the OnePlus Nord N200 5G features exactly that for much less.

It doesn’t ruin the experience, but it would have been a nice touch. TCL seemed to focus more on the NXTVISION feature-set, which is found on its TVs. They’re pretty great in that department, as the TCL 8-Series is our pick for best TV. This feature-set will automatically upscale content (use AI and software tricks to increase the base resolution) on the device and gives you a few viewing modes to cycle through. For instance, Vivid makes the colors pop and skews the temperature to a warmer preset. There is even an advanced option that lets you get specific across color settings.

If you value a phone’s display more than anything else, the 20 Pro 5G is compelling. Just know that it’s not buttery smooth at 60Hz, but that shouldn’t be a problem unless you’re coming from a device with a higher refresh rate. 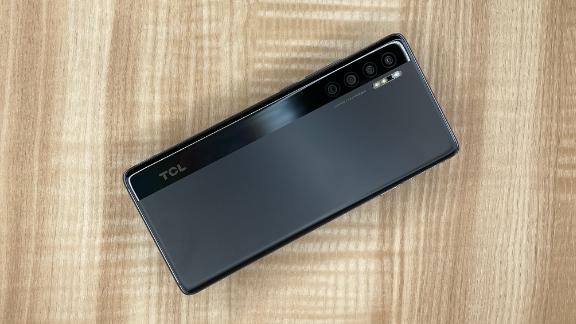 The rest of the design is modern and sleek. There’s no camera bump on the rear as the four lenses sit flush with the rest of the back. You will find a slight — super minimal — bump for the LED flash, but it doesn’t cause much rocking when placed with the back down on a surface. The majority of the back feels like the Galaxy S20 FE, as it’s a soft plastic with a matte finish. We’ve been testing the moondust gray unit, a subdued color that moves along the grayscale depending on how the sunlight hits it. The real eye-catcher will be the marine blue color option. The extreme left portion of the backside is a black glossy finish, which spotlights the four-camera vertical array. It’s a nice design touch, but it showcases way too many fingerprints.

The top of the device features an IR blaster, which gives the 20 Pro 5G the unique ability to control TVs and other devices with ease. There’s even a built-in “IR Remote” app to set it all up. The real surprise is the headphone jack located alongside it at the top, a feature that almost every flagship phone has ditched over the last few years. Is there an incoming wave of mid-range phones with headphone jacks? The TCL 20 Series, along with the OnePlus Nord N200, have us thinking that way. 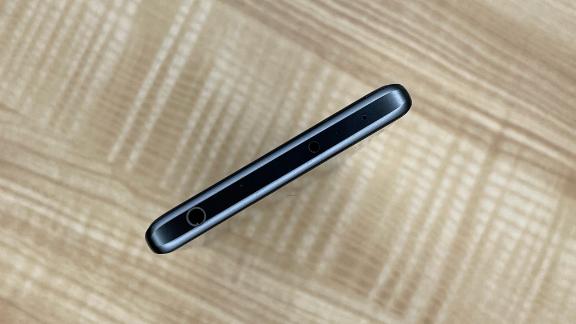 You’ll charge the 20 Pro 5G through the USB-C port on the bottom. Please note that the 20 Pro 5G only supports up to a maximum of 18-watts of fast charging when wired, which is slow. Not a dealbreaker by any means, but know that it can take about two hours to refuel fully. You can also place the device onto a Qi-wireless charging pad for up to 15-watts of charge.

Last but not least, let’s talk buttons — the left side features a single button that you can set to do anything. From the Google Assistant to opening the camera, that button’s fate is yours to decide. A volume rocker and the power/sleep button live on the right. 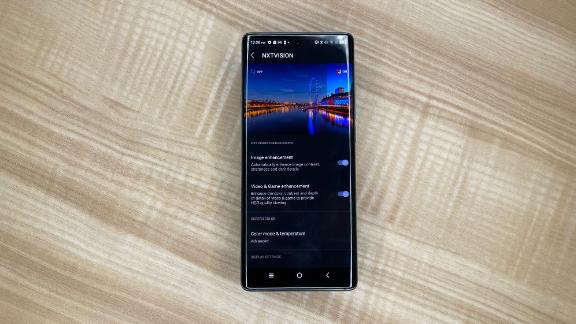 The actual day-to-day performance of the TCL 20 Pro 5G is solid across the board. With things like emails, web browsing, calls or texts, you’ll move along without any speed bumps or hiccups. The same goes with recording a TikTok, participating in an audio room on Twitter Spaces or even using a more intense photo editing app. The Qualcomm Snapdragon 750G processor inside with an ample 6GBs of RAM can push the 20 Pro 5G over the finish line with a myriad of tasks. Endurance matches in Call of Duty: Mobile did result in the 20Pro 5G hiccuping a bit, but it wasn’t a routine occurrence.

The TCL 20 Pro 5G is running Android 11 with a custom TCL user interface. And spoiler alert:it doesn’t resemble clean Android that much and might have you worried about slowdowns or glitches. You’ll find the familiar Google search bar and easy access to the assistant front and center, but the real tell is all the pre-loaded apps. TCL’s created a lot of apps and you’ll find some third-party ones pre-installed. Swipe to the next screen and you’ll find Netflix alongside Booking.com. It’s an easy user interface to navigate, though, if you’ve used Android before. You can, of course, download a launcher to get a different theme if you like.

There are some nifty changes here — the NXTVISION app lets you tune the display, IR Remote enables you to control other devices and the Edge Drawer can be handy. It makes use of the right or left side of the display sloping down by letting you swipe for quick access to a drawer of apps. TCL also has palm detection to discourage accidental sideswipes.

Battery life will leave you wanting a bit more, especially if you use your phone a lot. The 20 Pro 5G features a 4,500mAh battery, but we found ourselves recharging towards the late afternoon of each day. Our standard battery test involves a 4K video running on a loop with the screen brightness set to 50% and connectivity off; the TCL 20 Pro 5G lasted for eight hours and five minutes. Nothing spectacular, especially with a 60Hz display and in comparison to the OnePlus Nord N200. That device can outlast the 20 Pro for days.

In terms of performance alongside other smartphones, the 20 Pro 5G might not be able to hang with other flagships, but it does sit nicely with other mid-range handsets. It was in line with the Pixel 4a (4G and 5G variants) along with much of the Galaxy-A Series for most tasks. Thanks to software improvements and better lenses, those phones did perform better in the camera department. The 20 Pro 5G scored pretty close to those devices in our standard GeekBench 5 benchmark that we put every phone we test through. The TCL 20 Pro 5G scored 657 on single-core and 1972 on multi-core — a mid-range score no matter how you look at it. 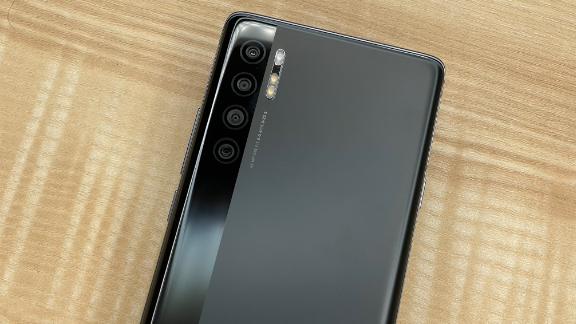 The camera story on the TCL 20 Pro 5G is filled with tropes of mid-range phones that have come before. As while the 20 Pro 5G does feature four cameras, you’ll be using two.

The wide and ultrawide lenses are on par with the average phone for image capture. It’s by no means class-leading, though. Those who want a smartphone with a great camera will want to look at the Pixel 4a, 4a 5G or the iPhone SE. TCL did deliver a nice selfie camera that’s centered as a pinhole in the top of the front screen. It’s a large 32-megapixel wide lens and offers accurate colors with high amounts of detail.

Last but not least, let’s talk about 5G support as it’s in the phone’s name. The TCL 20 Pro 5G supports sub-6Ghz 5G and 4G LTE. The 5G on this TCL handset isn’t super fast, but a flavor of 5G that’s closer to 4G LTE with more bandwidth. It only supports Verizon’s and T-Mobile’s sub-6Ghz network, though. So it’s not fully supporting 5G and if you’re on AT&T, well, you’re stuck on 4G.

The TCL 20 Pro 5G is a solid all-around smartphone with some nice features. You get some 5G support, a nearly perfect display, dependable cameras and a modern design. For $499, that’s a lot on the bill here, but it’s not necessarily class-leading or the best option for everyone.

If you value a strong display — and don’t care about the refresh rate — the TCL 20 Pro 5G is a strong contender. The processor inside also delivers strong performance across many tasks. If you’re looking for great cameras, long battery life, or a zippy experience, though, you’ll need to look elsewhere. The iPhone SE and Pixel 4a 5G fit the bill, plus in some cases might even be cheaper.