Fact check: Can Biden extend the eviction moratorium without Congress? 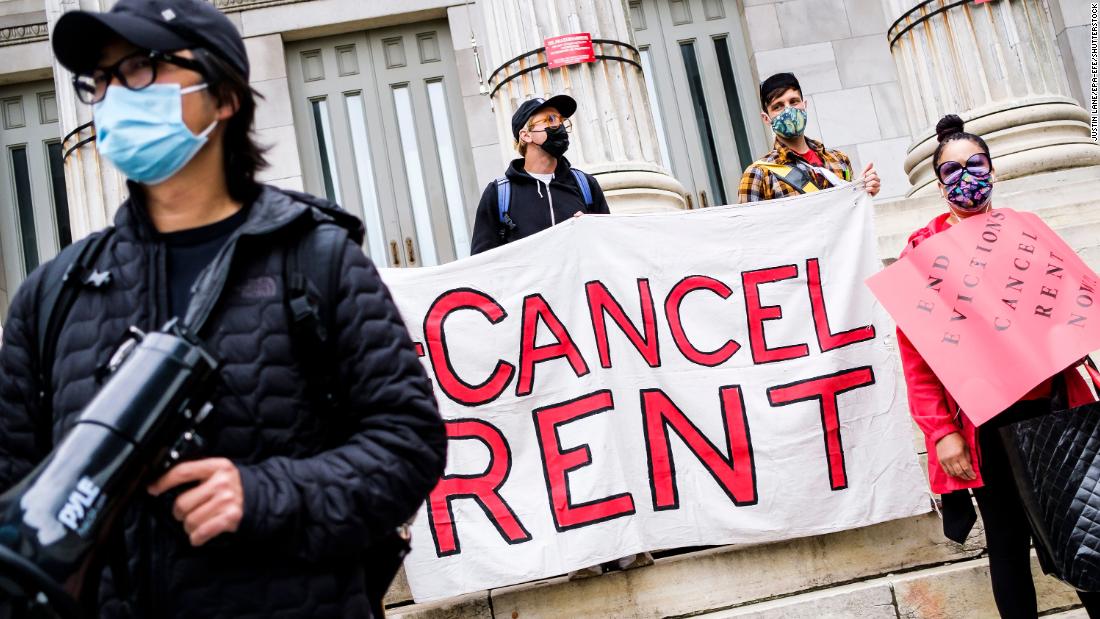 The recent expiration of the federal eviction moratorium for renters has led to internal strife inside the Democratic Party, as progressive lawmakers argue President Joe Biden should do more to extend the moratorium, despite his demands for congressional action.

Last week, Biden called on Congress to extend the moratorium and while House Speaker Nancy Pelosi worked to quickly pass such legislation those efforts ultimately failed before the House adjourned Friday for the August recess.

On Monday, attention turned to a group of lawmakers who camped out on the steps of the US Capitol over the weekend, demanding that the moratorium be extended. On the day it was set to expire, a group of eight lawmakers including Reps. Cori Bush – who slept on the Capitol steps Sunday night, demanding congressional action – Ayanna Pressley and Alexandria Ocasio-Cortez wrote a letter demanding action from Biden, calling it “a matter of life and death.”

The problem is that it’s unclear whether the White House has the legal authority to act on its own. And, in fact, the White House has indicated that it doesn’t, saying it has been unable to find a legal option for the federal government to extend the moratorium.

Facts First: On June 29 the Supreme Court allowed the eviction moratorium to stay in place until July 31, with the deciding vote coming from Justice Brett Kavanaugh. Kavanaugh wrote that because the moratorium was set to end in a few weeks it could be allowed to remain but that if it were to be extended further it would require “clear and specific congressional authorization.”

When the US Centers for Disease Control and Prevention announced on June 24 that it would extend the moratorium until July 31, Director Dr. Rochelle Walensky noted that it was “intended to be the final extension of the moratorium.”

“To date, CDC Director Rochelle Walensky and her team have been unable to find legal authority for a new, targeted eviction moratorium,” White House press secretary Jen Psaki said in a statement Monday. “Our team is redoubling efforts to identify all available legal authorities to provide necessary protections.”

As CNN’s Kevin Liptak reported, Biden asked the CDC on Sunday to look for legal options to impose an eviction ban focused on places with high Covid-19 transmission rates. The agency told the administration Monday they did not believe such authority existed.

One administration official told CNN: “We spent a lot of time looking at it. The Supreme Court ruling is very clear.”

So far, only a small fraction of the $47 billion Emergency Rental Assistance program has been distributed. While some states have extended their own moratoriums an estimated 11 million adult renters are currently behind on rent.