Opinion: Angry at the unvaccinated? Here’s a better way 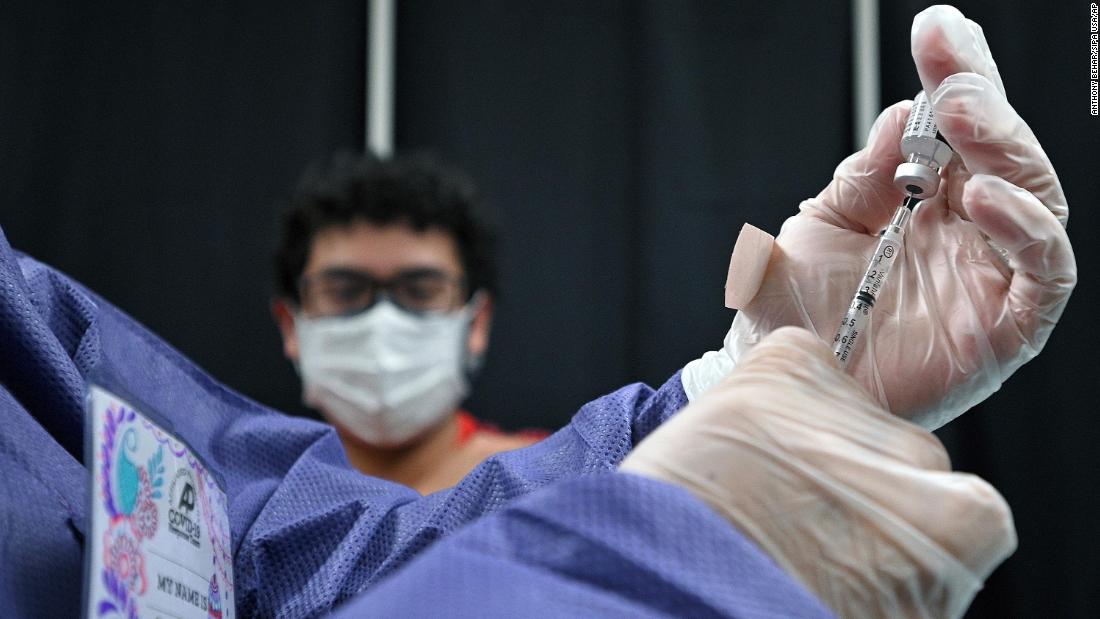 Editor’s Note: Peter Bregman, CEO of Bregman Partners, is an executive coach, bestselling author and host of the Bregman Leadership Podcast. Howard Jacobson is an executive and health coach and director of coach training at Bregman Partners. Their upcoming book is You CAN Change Other People. Follow them on twitter @peterbregman and @askhowie. The opinions expressed here are their own. Read more opinion at CNN.

Many vaccinated people are angry at those who aren’t. If you’ve had your Covid shots, you may agree with Gov. Kay Ivey of Alabama, who said recently: “Folks supposed to have common sense, but it’s time to start blaming the unvaccinated folks, not the regular folks. It’s the unvaccinated folks that are letting us down.”

And it’s not just the masses who are letting us down but people close to us: our coworkers, friends, family members. You may be furious at what you see as the selfishness and ignorance and lack of civic responsibility in the people in your life who refuse to get the jab.

And you’re not alone – social media is rife with posts that attempt to convince people to get vaccinated by explaining how wrongheaded they are. It’s human nature. You might be doing the same kind of browbeating yourself.

But here’s a question: How’s that strategy working for you? After you lay into the anti-vaxxers and the vaccine-hesitant, are they thanking you for setting them straight and rushing to make appointments?

Our guess is, that’s not what’s happening.

Instead, those conversations get heated, things get said that can’t be unsaid and you both leave feeling angry, frustrated and resentful. In the moment, it can feel good to indulge our emotions and let them have it. But the cost is high: We damage the relationship and they don’t get vaccinated. Even when we present them with clear, seemingly convincing facts.

There’s a well-documented phenomenon in psychology called the “backfire effect.” Giving people facts disproving their incorrect beliefs can actually reinforce those beliefs. Researchers have observed this phenomenon in the context of political misconceptions, voting preferences, the decision to vaccinate one’s children and whether to get a flu vaccine oneself. The more people are confronted with facts at odds with their opinions, the stronger they cling to those opinions.

And if arguing with facts backfires, you know what backfires even more? Criticizing, blaming and shaming them for being thoughtless, selfish, stupid, ignorant or psychopathic. You can check this yourself: When was the last time you changed your behavior in response to someone blaming or shaming you?

We want to say that we feel your pain. We’re both vaccinated. We’re disappointed that the Delta variant, combined with widespread vaccine hesitancy, is prolonging the pandemic and necessitating continued mask mandates and lockdowns to control its spread. And we’re mortified at the resulting unnecessary suffering and loss of life. We’re angry too.

Like Gov. Ivey, we also feel the urge to convince them to change by giving them the facts, arguing with them and criticizing and shaming them for their selfish disregard for others.

The truth is, we care deeply about the issue. And we also care deeply about our relationships. When the two collide, it feels like we have to choose. Do I risk getting a breakthrough infection by spending time in a confined space with my unvaccinated family member, or do I risk the relationship by refusing to be in her presence, or demand that she wear a mask, or try to convince her to do the right thing?

The power of empathy

How do we balance risk and relationship?

We’d like to share a process that reduces risk through relationship. While it isn’t guaranteed to get the unvaccinated people in your life to drop everything and make an appointment for the shot, we think it will significantly increase your odds of success.

Our approach hinges on your willingness to give up control; to acknowledge that the person you’re trying to change has autonomy and will make their own decision. Of course, what you’re giving up isn’t control; it’s the illusion of control. The person you’re talking to is always free to get vaccinated – or not. You don’t get to choose for them. That’s why you’re trying so hard to convince them.

So when we can’t persuade with facts or criticism, what can we lead with instead?

When we demonstrate empathy, we show the other person that we believe they have valid needs and concerns. Even if we disagree with their position, we acknowledge that it makes sense to them.

How do you show empathy to someone who doesn’t want to get the vaccine? Let’s make this real: Think about someone you want to convince. First, be OK with your own feelings. Are you furious at them? Disappointed? Terrified? Do you look down upon them?

Feel those feelings, own them, and don’t beat yourself up for having them. Instead, have empathy for yourself. Your motivations are good. You want to reduce suffering, save lives and allow people to congregate freely again without fear of infection. You care deeply, and because of that you feel strongly about the topic.

But now don’t act on those emotions either. Instead, extend your empathy to the other person. What do they care deeply about? Here’s what we’ve heard from the vaccine hesitant people in our lives:

“I don’t want to put unknown chemicals in my body.”

“I don’t want to be told what to do about my body.”

“These vaccines have been rushed through without enough research, and they aren’t even fully approved by the FDA.”

“My chances of getting harmed by the vaccine are much higher than my risk of dying of Covid.”

I know you can argue with these statements. You might be doing it in your head right now. But can you empathize with them as well?

Does it make sense that someone would want to avoid putting unknown chemicals in their body? Is it reasonable not to fully trust the pharmaceutical industry? It doesn’t take a lot of Googling to find lawsuits and settlements of billions of dollars involving harms, false claims and withheld information by drug companies. Isn’t it true that we have only short-term data on the effects and side effects of the vaccines, if only because the trials began less than two years ago?

In practice, empathy is about validating the other person’s perspective without agreeing or disagreeing with them. It’s making true statements that show the other person that you understand them to their satisfaction. For example:

“It sounds like you’re fearful of the possible side effects of the vaccine. And that makes sense.”

“It seems like you don’t trust the pharmaceutical companies that are producing the vaccines. I understand that”

“You’re worried that we don’t have long-term data on the effectiveness and safety of the vaccines. I get that.”

And then, encourage them to talk. That’s where curiosity comes in. Ask questions, not to trap them in logical inconsistencies, but because you are truly curious about their answers. How do they compare the relative risks of vaccines and Covid? What data are they looking at? What makes them doubt the safety of the vaccine? What have they seen and heard?

Once they feel like you care about their opinion so you can learn from it – and them – rather than demolish it – or them – you’re in a real conversation. Now you can get to the important questions: What do they want? For themselves, for their loved ones, for their country, for the world? Chances are, this is where you can find common ground.

From this place, you can begin to explore your differences with curiosity and compassion. “It sounds like you and I want people to be both healthy and free from coercion. And this virus is sort of pitting those values against each other, and I’m coming down more strongly on the side of health, and you appear to value freedom more. But I hear your concerns about your health as well. And actually, I’m in favor of vaccination because I think it will give us all more freedom.”

That was the approach we used with one of our vaccine hesitant friends. After a conversation full of respectful questions and discussion, she told us, “You know, I think I’m going to get the vaccine.” Instead of trying to change her, we created an environment in which she felt safe enough to change on her own.

We’re not guaranteeing that outcome. We don’t know how your conversations will go. But when you don’t have actual power over someone, it’s only through a caring and respectful relationship that you can influence them to change. If you want a loved one to get vaccinated, approach them with empathy and curiosity, to communicate your caring and respect. It’s your best shot at helping them get theirs.