Opinion: Why I’m not rejoicing over the infrastructure bill

Editor’s Note: Jeffrey Sachs is a professor and director of the Center for Sustainable Development at Columbia University and president of the United Nations Sustainable Development Solutions Network. His most recent book is “The Ages of Globalization” (Columbia University Press, 2020). The opinions expressed in this commentary are those of the author; view more opinion on CNN.

The bipartisan infrastructure bill has now made its way through the US Senate. On Tuesday, 69 senators – including 19 Republicans – voted to pass the massive $1.2 trillion package. This kind of bipartisanship is heartening – and will lead to important investments in roads, bridges, rail, broadband internet and the electric grid. Yet the bill also thoroughly exposes the glaring problem with the Republican Party’s opposition to additional taxes on corporations and the wealthy. 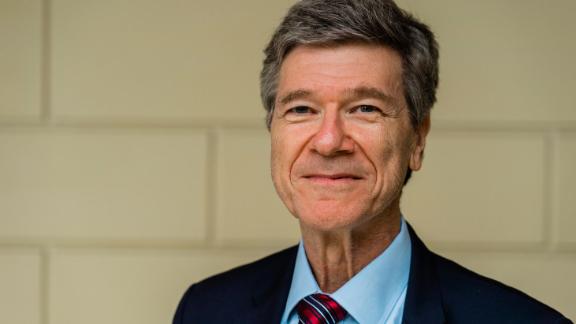 The bill is designed to satisfy the GOP’s steadfast opposition to new taxes. To do so, the bipartisan group has exaggerated the new investments in the bill – as well as the revenues to pay for those investments.

Let us unpack this numbers game, starting with America’s investment needs. Our infrastructure is failing in three ways. First, much of it is old. Second, because of climate change, it is increasingly vulnerable to rising sea levels, storm surges, floods, droughts, heat waves, forest fires, extreme storms and other events. Third, it is outmoded. We need green (low-carbon) and digital infrastructure for climate safety and economic competitiveness in the 21st century.

This kind of infrastructure upgrade will cost trillions of dollars over the next decade. At the start of the year, the American Society of Civil Engineers (ASCE) estimated that cumulative US investment needs into 2029 are $6.1 trillion, but there is currently only $3.5 trillion in existing funds allocated for future spending – creating a shortfall of $2.6 trillion over a decade, or $260 billion per year. So far, that financing gap is translating into a deep and chronic shortfall of investment spending.

The Path to Recovery

The federal government therefore has to increase the flow of investments – and find a way to pay for the increased outlays. While some Democrats would welcome offsetting cuts in military spending, the Republicans heatedly object. And while Republicans have tried repeatedly to cut social programs, most Democrats and the public want more, not less, social spending.

That leaves two ways to pay for the needed investments. One is deficit financing – or increasing the public debt. The problem here is that the budget deficit is already quite high, and the public debt has reached 100% of gross domestic product, the highest debt-GDP ratio since World War II.

The other way to finance infrastructure spending is by increasing taxes. Fortunately, with the stock market booming, corporations earning sky-high profits and the wealthiest Americans enjoying unprecedented wealth, the richest companies and Americans can carry much of the load. In addition, according to the Biden administration, with tax evasion running at an astounding $600 billion or more per year, tax enforcement can also help enormously.

A new report by the bipartisan Congressional Budget Office exposes these facts.

The legislation is portrayed as investing $1.2 trillion over the coming decade, or roughly $120 billion per year. Yet according to the CBO, the actual new discretionary investment spending is only $415 billion over 10 years. The rest is investment that was already on track to happen. In other words, the new spending falls far short of the investment gap identified by the ASCE.

The bipartisan group that negotiated the package claims the costs of the infrastructure package would be paid for by a combination of spending cuts and additional revenues. Yet, according to the CBO, the offsetting spending cuts are roughly $109 billion and the new revenues are only $50 billion, leaving $256 billion in increased deficits over the coming decade.

The size of the deficits, by itself, is not too worrisome: $256 billion over 10 years amounts to less than 0.1% of GDP over the 10-year period, according CBO projections. This is not a huge amount of borrowing. And yet Republicans are so allergic to any kind of taxation on the rich and powerful that they would not agree even to cover the very modest amount of new investment spending with increased taxes.

But without more tax revenues, public investments will continue to be a tiny shadow of what is needed. So, the Democrats need to pass a real investment package – by reconciliation, along a party-line vote, this fall. And this package should be financed by tax increases on corporations and the rich.

Let’s reflect on the following. Federal tax revenues today are 17% of GDP, about the same level of receipts as 40 years ago despite the burgeoning costs of health care, higher education and housing; a rising environmental catastrophe; an aging population with higher Social Security outlays; old and outmoded infrastructure and tough international competition.

The Republicans have repeatedly handed massive tax cuts to corporations and the rich despite the crying need for new federal revenues. Either we raise taxes on the rich and powerful, or we will drown in public debt with an outmoded infrastructure unfit for the 21st century.

The upcoming reconciliation bill, not the bipartisan legislation, is our real hope.

This piece has been updated to reflect the latest news.