Haralabos Volugaris, known famously as Bob Volugaris, was fired by the Dallas Mavericks on Thursday. However, sources suggest that Bolugaris was not fired, but his contract expired and new president and general manager Nico Harrison never renewed it. However, it is unclear if Dallas intended to part ways with the Canadian.

Either way, Harrison and Mavs owner Marc Cuban did not go out of their way to retain the 46-year-old. The team hired Volugaris as director of quantitative research and development on Oct. 4, 2018. Furthermore, interpersonal problems led to the team’s front office refusing to renew Volugaris’ contract.

Per sources, point guard and MVP favorite Luka Doncic loathed Volugaris. The two did not see eye to eye. Plus, Volugaris was not the only one losing his patience with the organization. On Jun. 17, 2021, Rick Carlisle resigned as the team’s head coach.

Of course, one week later, Coach Carlisle was hired by the Indiana Pacers. He agreed to a four-year, $29 million contract. Likewise, the Mavericks hired Jason Kidd on the same day on Jun. 24. Kidd played five seasons with Dallas from 2007 to 2012. 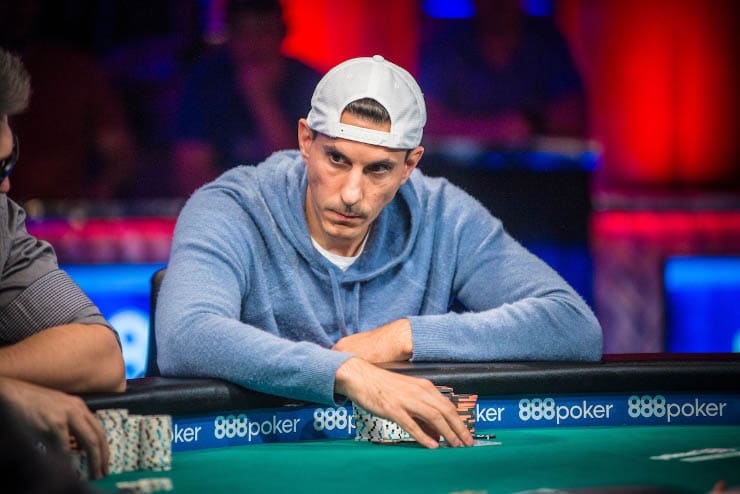 Before attending college when Volugaris was young, he went to Las Vegas with his father. Considering he was underage, instead of acquiring a fake ID, he decided to watch the bookmakers do their job. Haralabos learned a lot over a short period of time. In the Los Angeles Lakers‘ 1999 and 2000 championship seasons, he became a lucky man, cashing out on their success in the NBA Finals.

Moreover, this unknown man called “The Whiz” helped Haralabos develop the Ewing betting model. While the computer program was successful in 2009, it became less useful in the following years. When Haralabos was in his mid-twenties, he was wagering $1,000,000 on daily NBA games. He had a particular interest of studying three head coaches: Byron Scott, Jerry Sloan and Eddie Jordan.