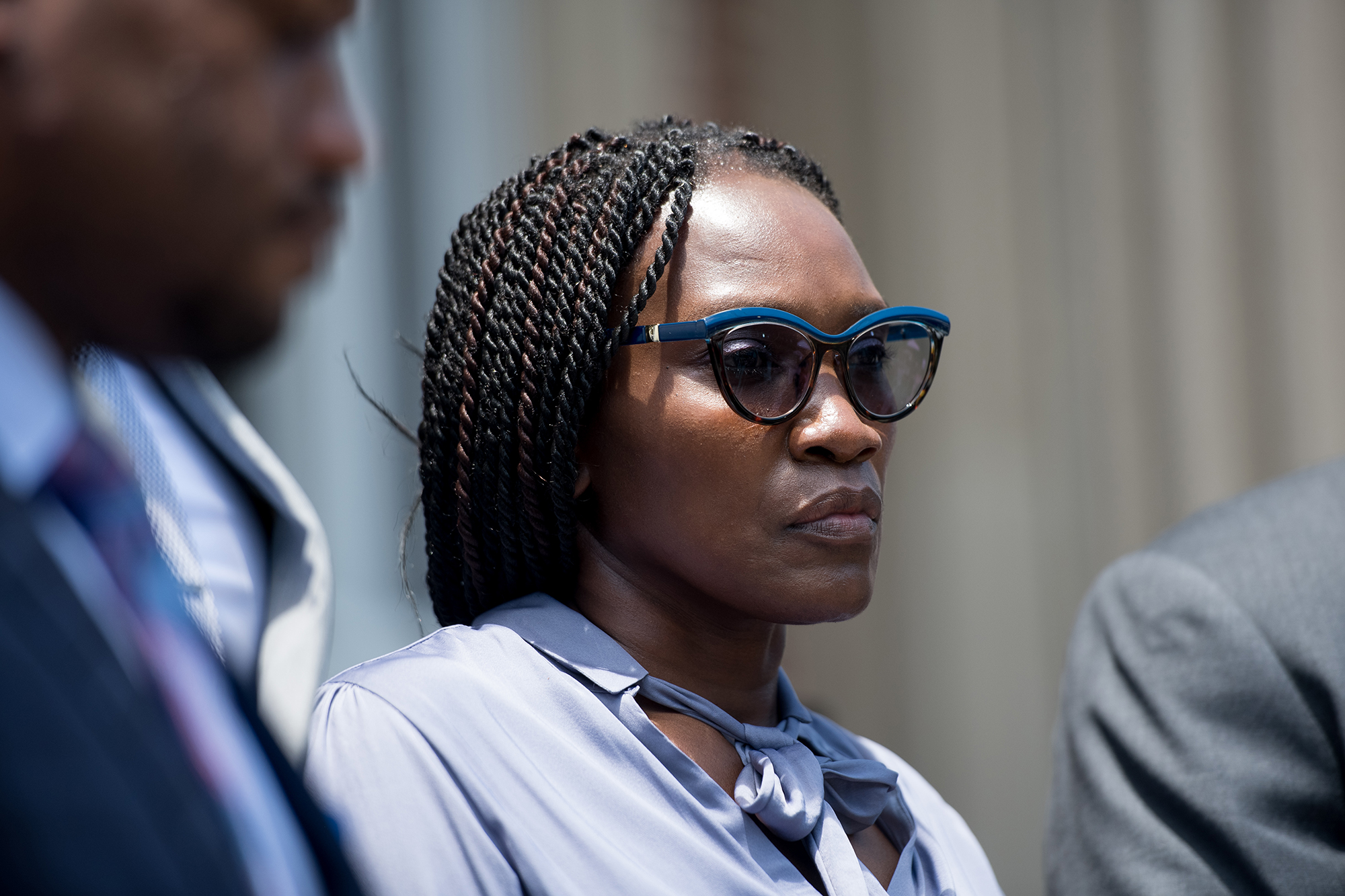 The probation status of Ahmaud Arbery will not be allowed to be heard by the jury in the trial of the the three men accused of killing the 25-year-old Black man, Judge Timothy Walmsley ruled Friday morning prior to swearing in the jury.

Attorneys representing Gregory McMichael and Travis McMichael had filed a motion to introduce evidence related to Arbery’s probation status. In the filing, the defense argued that “while a person not on probation may not have been so concerned over answering questions about repeated nighttime intrusions into a home under construction, a person on active felony probation, who had waived his Fourth Amendment rights to search of his person and his home, and who can be imprisoned simply for having violated curfew, would be incredibly fearful of the ramifications of police interaction after such an unlawful entry.”

The state countered in its own filing, saying Arbery’s “status as probationer is not relevant, as the defendants did not know Mr. Arbery was on probation. Further, it is not relevant to the defenses of ‘citizen’s arrest’ or self-defense.”

Earlier in the year, Walmsley denied the use of any evidence pertaining to Arbery’s prior brushes with the law.

In a second ruling, the judge said photographs of Travis McMichael’s pickup truck featuring a vanity plate with the old Georgia flag that featured the Confederate battle flag will be allowed to be shown during court.

“It is not character evidence, it is motive evidence,” prosecutor Linda Dunikoski argued to the court on Thursday.

“This is something he put on the front of his truck he wanted the world to know this, he put it out there to see,” Dunikoski added.

The three White men on trial – Gregory McMichael, his son Travis McMichael and their neighbor William “Roddie” Bryan Jr. – are accused of chasing down and killing Arbery, as he jogged on Feb. 23, 2020, in the Satilla Shores neighborhood, just outside the city of Brunswick in Georgia’s lowcountry.

The three men are charged with malice and felony murder and aggravated assault, false imprisonment and criminal attempt to commit a felony. All three men pleaded not guilty, with the McMichaels claiming they were conducting a citizen’s arrest and acting in self-defense and Bryan maintaining his innocence, saying he took no part in the killing.

All three men have also been indicted on federal hate crime and attempted kidnapping charges.

CNN’s Martin Savidge and Eric Fiegel contributed to this report